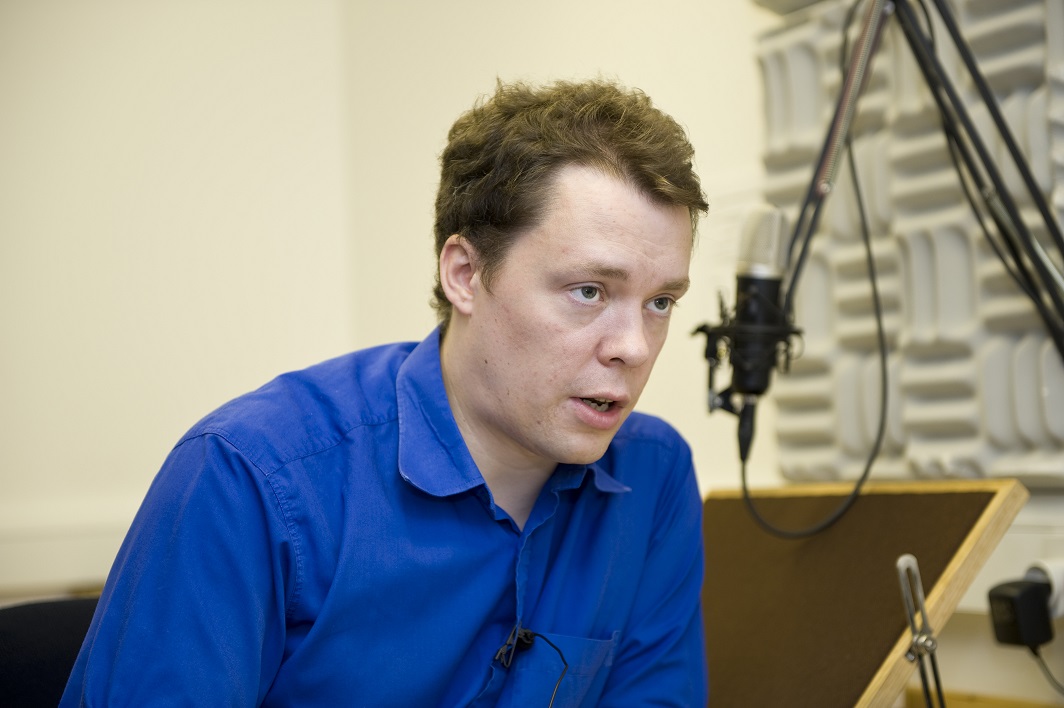 Mark Ryan Smith is one of a younger generation of talented Shetland writers.  He has published Midnight and Tarantella: poems in English and Shetland

Mark in conversation with Bruce Eunson

A:  I would definitely say Stella Sutherland.  Her poetry is very intelligent, but underrated.  Also Robert Alan Jamieson for his experimentation and his single-mindedness in the way he writes, and for the quality of his verse.  I think he writes with a real intelligence and the idiom he uses is deeply considered.

Billy Tait as well.  I think he was a major poet and should be more widely know in Scottish terms.  His poetry is complex, learned and takes chances that don't occur to lesser poets.

Of earlier poets some of Jack Peterson's verse written about the First World War stand out as different to anything else that was going on at the time, although I don't know all of his owrk particularly well.

Q:  What about the novelists?

A:  Poetry certainly is stronger in Shetland, but there are several good novels too.  Again, Robert Alan Jamieson's novel Thin Wealth is pretty good.  Haldane Burgess three novels are worth reading - the first two thirds of Tang are among the best things we have in prose.  I like Frank Renwick's Noost too.  Apparently it caused uproar in Unst when it was published, as many of the characters were so recognisable.

There's a novel by Jessie Saxby written in the 1870s that is not known at all.  It's called Rock Bound.  She wrote lots of stuff for bairns, adventure stories, but also this novel Rock Bound, which is for adults.  It's psychologically astute and complex and it says a lot about the position of women of her class in Shetland in the 1870s.  Themes that nobody else was writing about at the time.  I think it's an important book and is one of my favourites.

Q:  How successful do you think the Shetland poets have been with creating their own style?

A: There are good and bad poets.  I believe that if poets are experimental and keep using the language in creative ways then that's what keeps the language alive and thriving and stops it becoming a museum piece.

Q:  And do you think the Shetland poets have produced good works of imagination that have something original to offer about Shetland?

A:  Dialect is just the thing that people make poetry out of.  It's up to people to use it how they want.  There's no one language than any other - there are good poets, and if they're good poets they write good poems.  The idiom they use is, in some ways, secondary, but is at the heart of what a poet does too.  It's all about the quality of the poem for me.

Q:  Any other comments you'd like to make on Shetland literature?

A:  I wish it was better know in Scottish terms.  I think there's several pieces of work from Shetland that could be known better outside Shetland but there's hardly any attention paid to it either academia or in mainstream publications in Scotland, and I think that's a shame.

Q:  If you were to introduce someone to Shetland's poetry and try and impress them with it, which poems do you think you would use?

A:  Something by Stella Sutherland perhaps.  Her poem 'Midder' is one of my favourite Shetland poems.  Basil Anderson's 'Auld Maunsie's Cro' is a well constructed, very, very good poem.  James Stout Angus' 'Eels' is a poem of a great variety - surrealist, lyrical, grotesque, funny.  Billy Tait's 'Lux in Tenebris' gives me great pleasure every time I read it.  There's a translation by John Graham of an Anglo-Saxon poem called 'The Seafarer' which I recently read for the first time.  It's not well known but is a very good piece of work.  Alan Jamieson's latest collection Nort Atlantik Drift is a superb book, both poetically and visually.  MacDiarmid's 'On a Raised Beach' is one of his masterpieces and a great poem of world literature.  It's not often spoken about as a Shetland poem, though, but you have to ask yourself if it could have been written about anywhere but the beach on Linga where MacDiarmid visited.