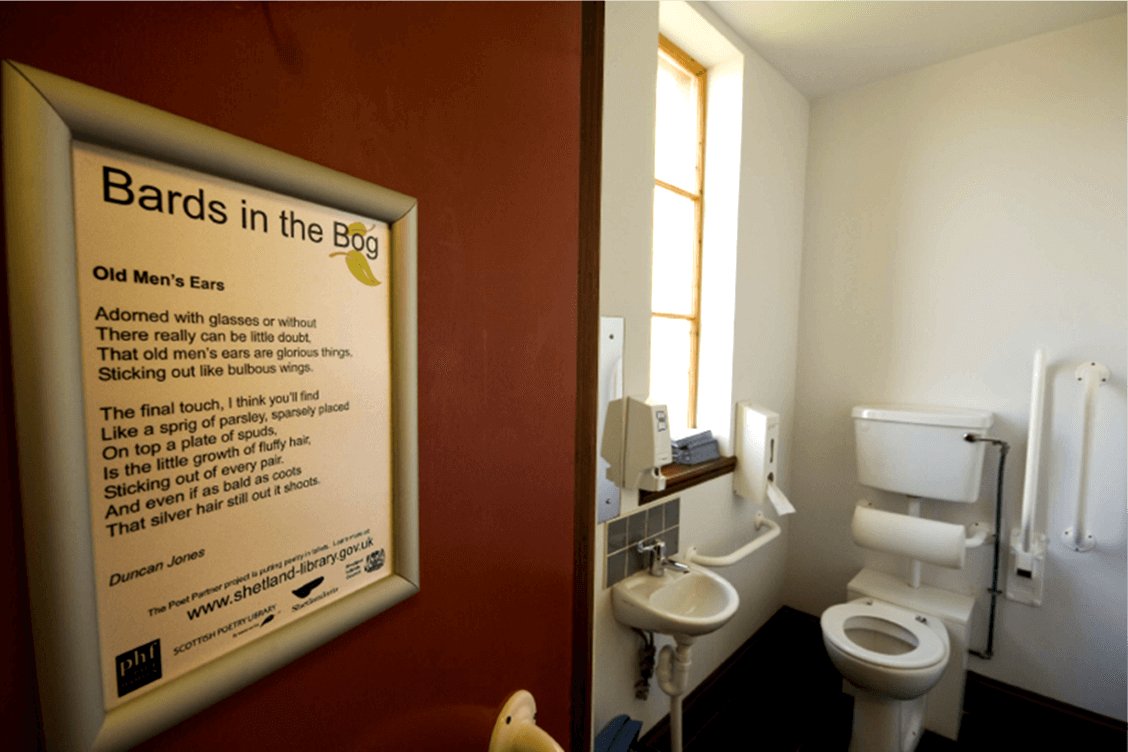 First launched in 2009, the project has caught the imagination and attracted some really fine poets.

To celebrate Book Week Scotland we selected six poems from more than 100 submissions.  The winning poems will be announced during week beginning 16 November and will be put on display in local conveniences.  They also will be read on BBC Radio Shetland and shared via the library social media during the week.

There were so many engaging poems submitted in the autumn of 2020 for the Book Week Scotland competition, that we decided to select another six poems from that group to mark Hi VIS Fortnight 2021. The poems were recorded and included with the Talking Newspaper editions on 11/06 and 18/06 and were displayed in public conveniences.