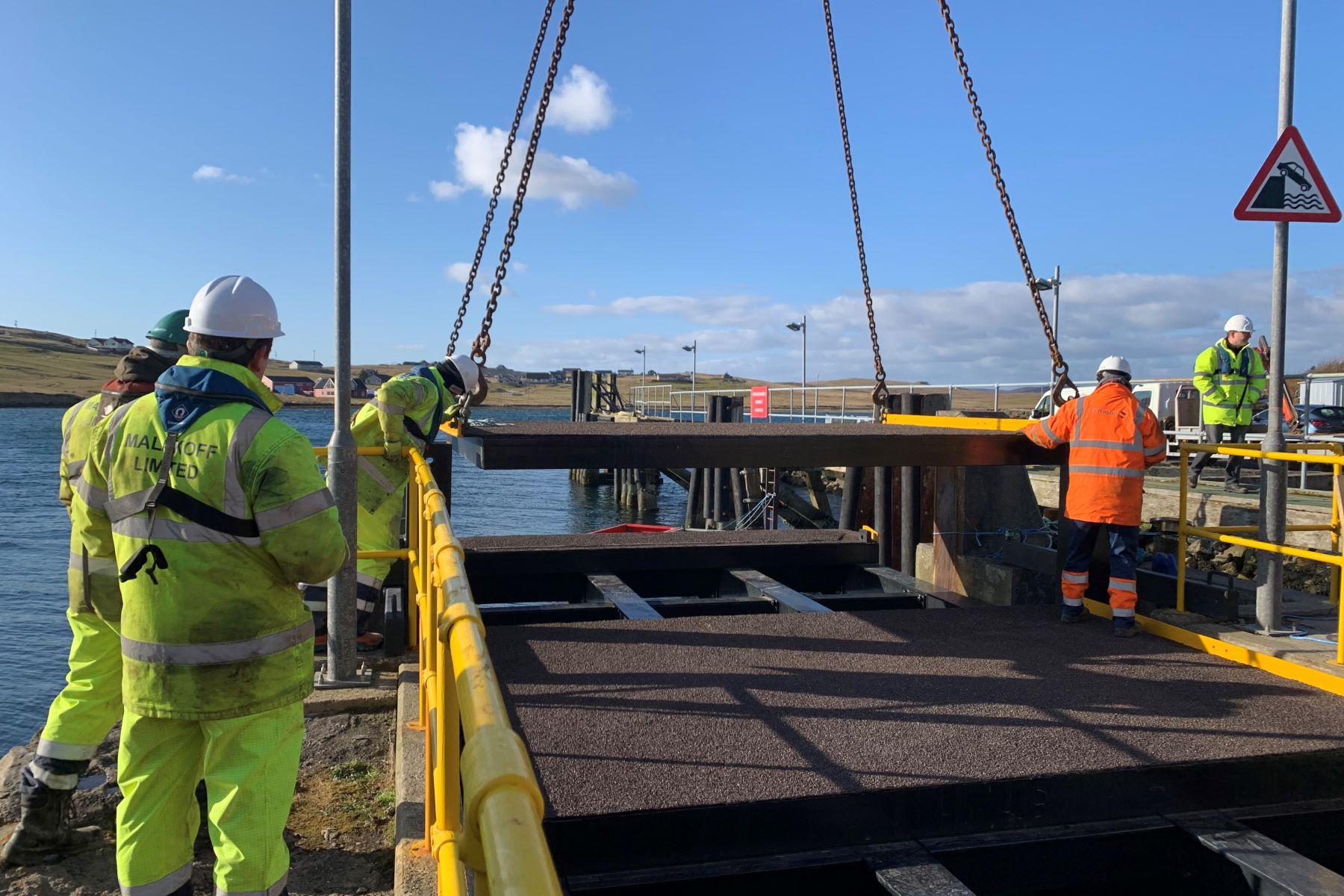 The linkspan at Vidlin ferry terminal has been replaced this week by local contractors Malakoff Limited, working for Shetland Islands Council.

Work began around the clock on Monday afternoon to remove the previous linkspan, and has been completed on schedule this week.

The old linkspan, approximately fourteen metres long and 30 tonnes in weight, was removed in an overnight operation at around 1am on Tuesday morning.  A new bearing plate was then fitted and the newly refurbished linkspan was lifted into place by crane on Wednesday.

A new hydraulic control ‘hut’ has also been installed with new hydraulic pumps, generators and control systems, to replace the previous equipment.

The first ferry to test the new linkspan was the MV Fivla, which arrived from Skerries just before 11am this morning.

As part of the ongoing linkspan replacement programme, the linkspan that has been removed will be completely refurbished, including being shot blasted, welded and recoated, before being refitted at another ferry terminal at a later date.

The next linkspan to be replaced will be at Skerries Ferry Terminal, starting on Monday 17th May, weather depending.  Works are also planned for the Whalsay ferry terminal at Symbister later in the year.