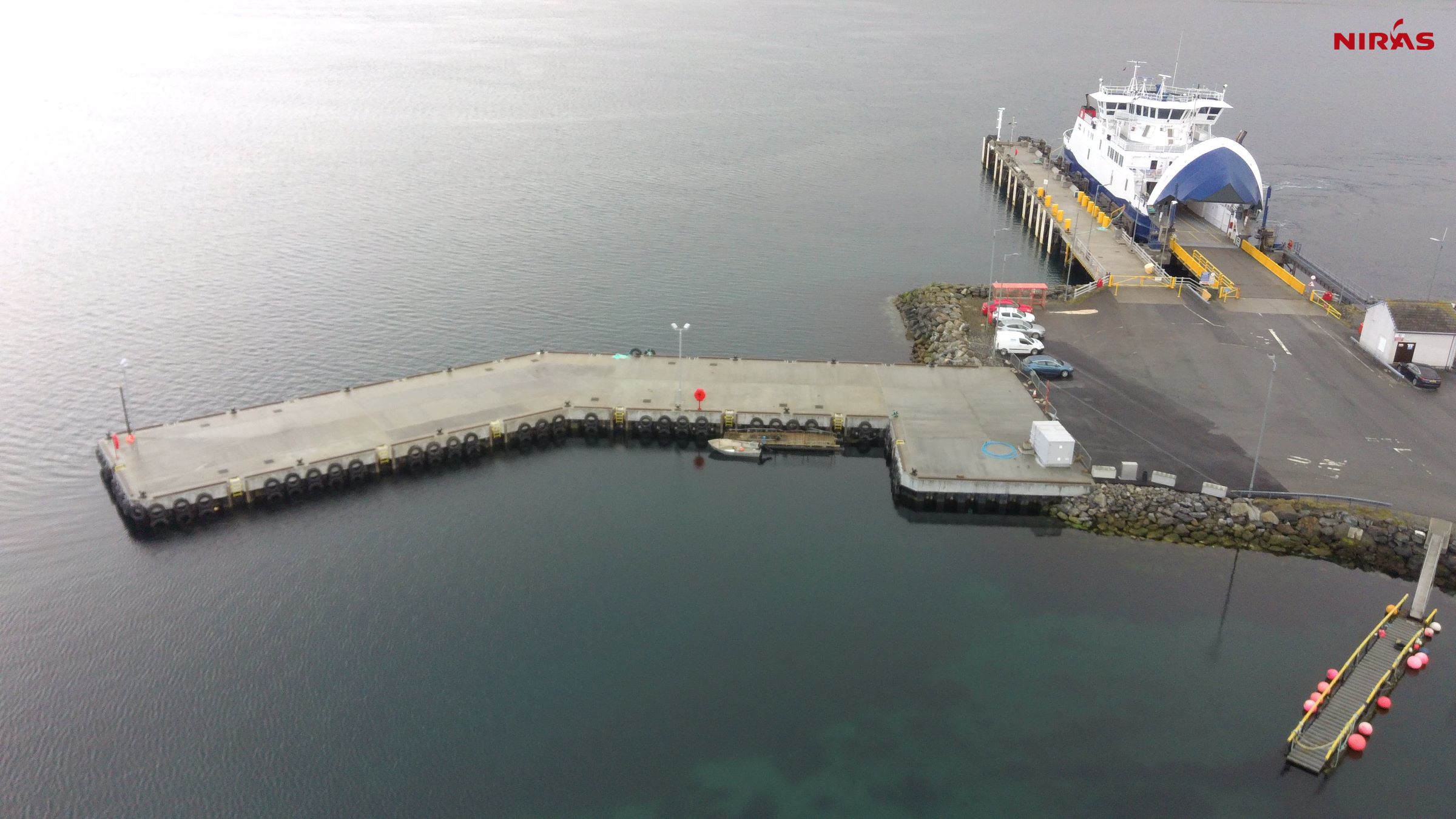 The construction of the £3.5M pier at Toft has been completed, providing an important new facility for aquaculture and commercial fishing industries in the North Mainland.

The Council’s Port & Harbours Service has issued a Notice to Mariners, advising mariners that vessels can now berth on the pier from today.

The new pier has been built on the site of the previous jetty, originally built as a ferry terminal in the 1970s which had reached the end of its serviceable life and was closed in 2016.  Councillors agreed in early 2019 to rebuild and extend the pier to support economic opportunities in the area, including fishing and renewable energy projects.

Compared to the old jetty, the working area of the new pier is around three times larger, with a working area of around 1100 square metres, including shore power and lighting. The pier design includes a 30-metre ‘dog-leg’ extension that will provide more berthing space for boats and better shelter in poor weather, as well as increased water depth on both the inside and outside of the pier.

The pier has been constructed using sheet piles and internal tie rods, filled with crushed rock, and a reinforced concrete deck slab.  Additional deck furniture including fenders, bollards, lighting and other services have also recently been completed.  Prolonged spells of poor weather and the Coronavirus pandemic led to unavoidable delays in the project completion.

The total construction cost is expected to be around £3.5M, which has been assisted by a grant of £1M from the European Maritime and Fisheries Fund.

Andrea Manson said: “This is tremendous news. There have been calls for a replacement pier since the new ferry terminal was built at Toft in 2004.  I’m delighted that the Council has been able to fund and oversee the construction of this new pier, which will be a huge benefit to the local shellfish industry in particular.  Maritime and coastal industries are so important to our community and they are well supported by the Council’s management of several ports and harbours around Shetland.”

Alastair Cooper said: “This new pier will be a real asset to the local area and is an important investment by the Council in the local aquaculture and renewables sector.  Toft pier is a strategically important site for shellfish landings and has potential to support tidal energy projects too.  I’m confident that this pier will help to create and sustain a diversified economy in the North Mainland.”