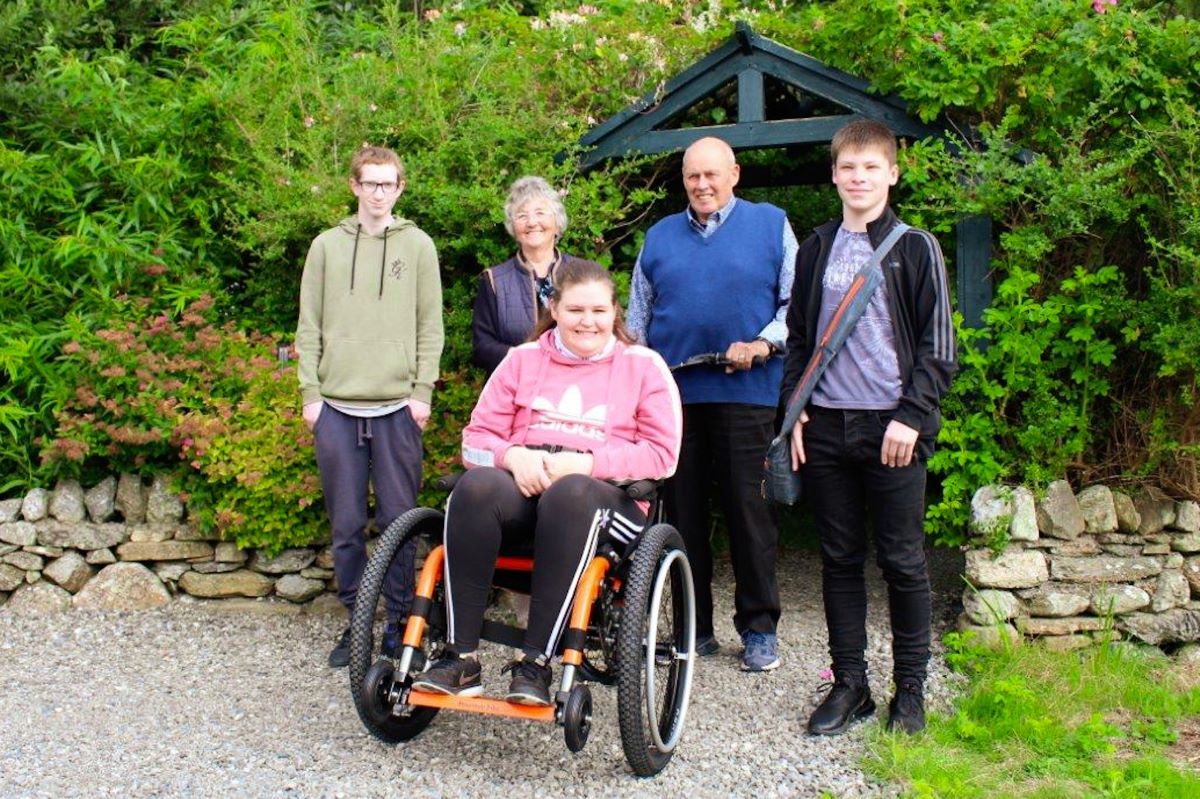 Pupils at Aith Junior High School have today handed over an all-terrain wheelchair to owners of local woodland Michaelswood near Aith.

The £4500 all-terrain wheelchair has been funded through a £3000 grant from the Youth Philanthropy Initiative Scotland (YPI) plus £1500 raised by local girl Karla Nicolson, who previously hurt her ankle in the woods which saw her rescued in a wheelbarrow.

The choice of Michaelswood for the YPI grant was supported by secondary pupils in the school, championed by S4 students Lennox Jarrett, Noah Hobbin and Shaun Lochrie.   The YPI programme sees funds distributed from The Wood Foundation, though a programme of research and competition in schools to enable grants to be made to local charitable organisations.

Karla Nicolson generated her £1,500 through selling a recipe book called “Lockdown Cakes and Bakes”, that she produced when recovering from her accident.

The funding has allowed local charity, Ability Shetland to purchase an all-terrain wheelchair for use at Michaelswood. This will improve access to the trails and viewpoints throughout the woodland, which is a popular attraction with adults and children throughout the year.

The young woodland at Michaelswood was developed in memory of Michael Ferrie, a young musician from Aith, who died in 1996 from cancer aged 21 years.  The woodland has many interactive facilities, including a pirate ship, bird hide and a dinosaur trail, which appeal to younger visitors.

Michael Spence, Headteacher at Aith Junior High School said:  “We’re really pleased to be able to see this all-terrain wheelchair given to Michaelswood, which will provide better access to the wonderful woodlands for anyone with mobility needs.   We’re grateful for the YPI Scotland grant which our pupils chose to put towards this, and which, along with Karla’s tremendous fundraising effort, has allowed us to raise the total for the wheelchair.   Michaelswood is a great asset to the local community, developed over many years by Ray and Betty Ferrie, and we’re all keen to support it.”