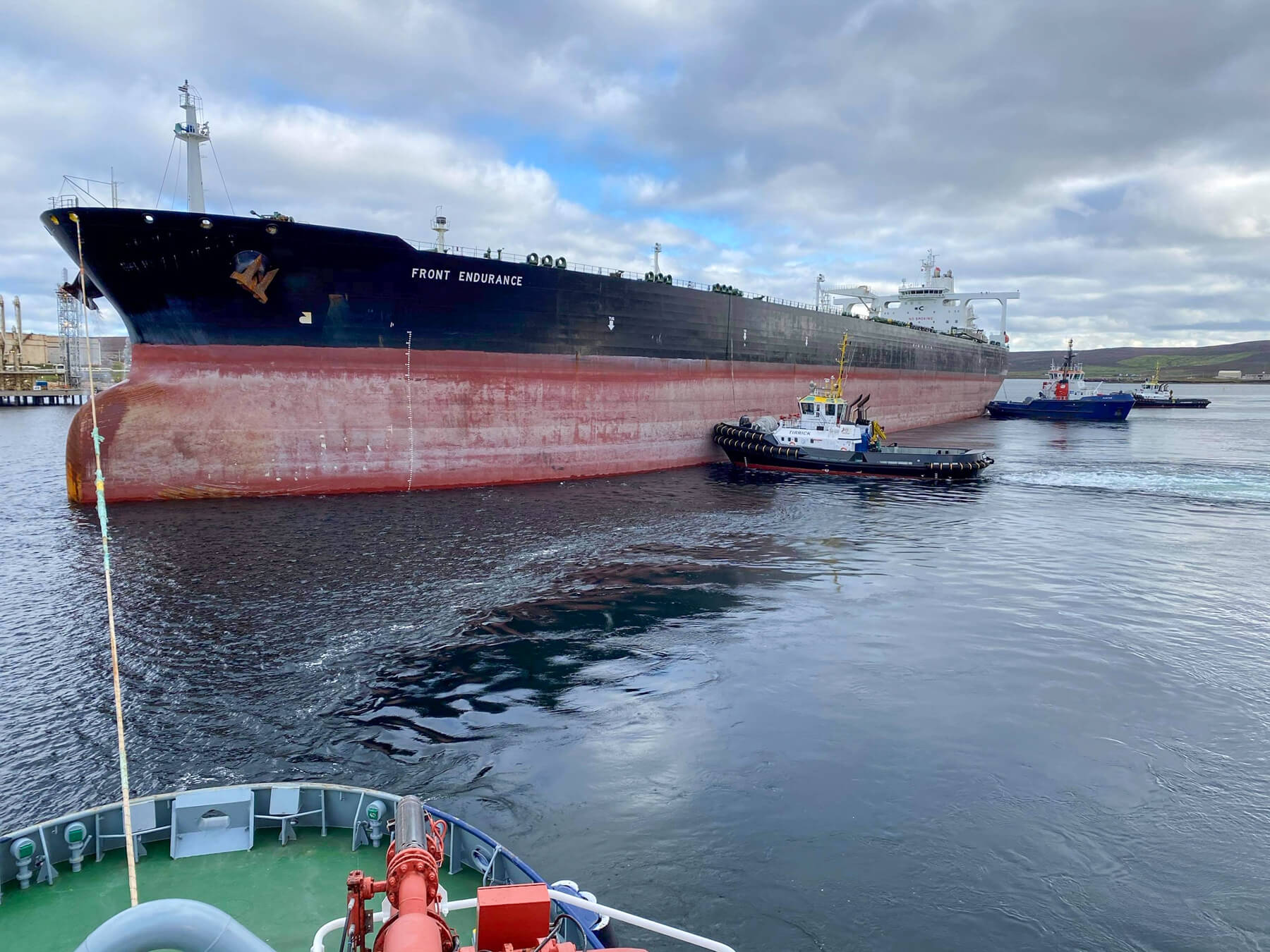 A supertanker currently berthed at Sullom Voe is one of largest vessels seen in the harbour for several years.

The ‘Front Endurance’ crude-oil tanker, built in 2009, arrived on Saturday to uplift around two million barrels of Brent Crude oil from the jetties at Sullom Voe Oil Terminal.  At 333 metres long and with a beam of 60 metres, the vessel is in the Very Large Crude Carrier (VLCC) class - among the largest ships in the world.

The latest ‘Queen Elizabeth’ class of Royal Navy aircraft carriers are around 280 metres long; and the two Northlink passenger vessels, MV Hrossey and MV Hjaltland, are both 125 metres in length.

The ‘Front Endurance’ was escorted into Sullom Voe harbour by the pilot and harbour tugs in a carefully planned operation on Saturday morning and is expected to leave on Tuesday morning.

Greg Maitland, Harbour Master at Sullom Voe Harbour, said – “Our tug crews and pilots are fully trained to safely handle ships of this size in the harbour and it’s great to see vessels of this class calling at Sullom Voe again.”