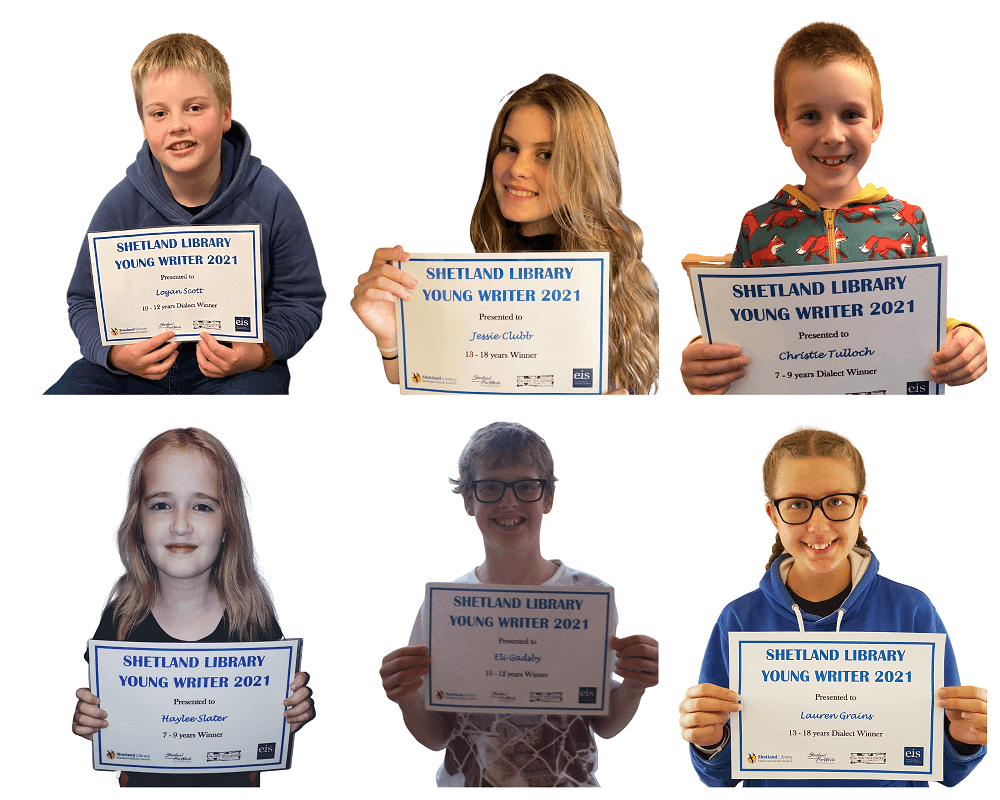 The winners of Shetland Library’s Young Shetland Writer 2021 competition were announced at the Writer’s Night event at the Wordplay festival on Thursday 16 September 2021.

With the theme of The Lighthouse, this year’s competition attracted 286 entries from all parts of Shetland.

It was judged by local authors and literature enthusiasts James Sinclair, Jim Mainland and Mary Blance.

Winners in the seven to nine year old category were Haylee Slater from Skeld Primary School, with the dialect winner going to Christie Tulloch of Aith Junior High School.

Eli Gadsby and Logan Scott were the winners for the 10 to 13 category, with Logan picking up the prize for dialect writing.  They were both formerly at Skeld Primary School, but now at Aith Junior High School.

In the 13 to 18 year old category the winner was Jessie Clubb and the dialect winner was Lauren Grains, both from Brae High School.

Young people’s librarian Chloe Tallack said: “It was a fantastic evening of literature, and great for the young people to have their piece filmed and shown on the big screen at the prize-giving event.”

The winning entries will be published in the New Shetlander magazine and will also be read out on the BBC Radio Shetland book programme later in the year.