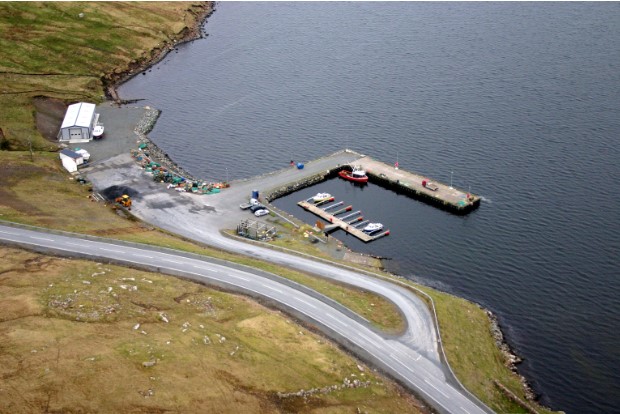 Yell Sound is good cruising water and has secluded bays at Southladie Voe, Burra Voe, and North Collafirth. There is a pier and marina situated at Saltoo, Collafirth..
Further south are Queyfirth, Ollaberry and Gluss Voe which also provide good shelter. Yell Sound's north eastern shores are bleak and rocky, the only shelter being at Whalfirth (small pier at the head). Tide races skirt Gloup Holm and the northern end of Bluemull Sound.
Sullom Voe has anchorage at its head, on the north side of Brae, and in Garths Voe. It is a long, very sheltered sea loch noted for its wildlife, particularly otters, seals and sea ducks.
Despite the huge oil terminal at its eastern end, handling some of the largest tankers in the world, Sullom Voe remains one of Shetland’s most tranquil and unspoilt sea lochs.